The Harmful Effects of Secondhand Smoke Smoking kills. That is a fact.

And we get information on the harmful effects of smoking everywhere – from television to wall posters to cigarette packages. But non-smokers should also be forewarned because they may be inhaling as much nicotine and tar as a smoker does.

Secondhand smoke has a string of adverse effects for both the young and old. Young children are especially vulnerable because they breathe more air relative to body weight. They are also less able to complain because of their age when they feel limited and ignored. Their immune systems are also relatively less protective.

For children under 18, the following are just few of the adverse health effects that secondhand smoke brings:

Pregnant women should not only quit smoking, but also avoid inhaling secondhand smoke. Secondhand smoke has different adverse effects on pregnant women, especially to the fetus. It deprives the fetus of vital nutrients and oxygen, which could lead to the following conditions:

So, the next time the person next to you lights a cigarette, always politely assert your right to clean and fresh air. Stay away from smoking areas. Keep in mind that you have every right to protect your health in as much as they have their right to destroy their health. 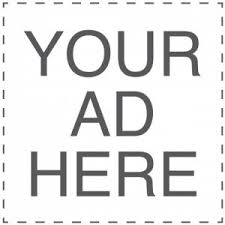